Logo design for Scott Wagner’s write-in campaign… After the initial Scott Wagner for State Senate campaign logo was created with the May primary in mind, the March Special Election was announced and the Wagner campaign shifted gears to promote write-in voting. This logo was designed to evoke the onscreen keyboard at the voting machine to reinforce the message and educate voters about the write-in. 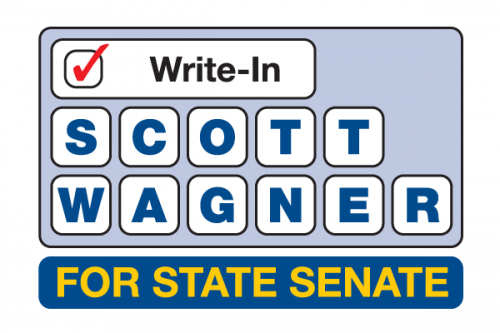 Thank you for your interest!

To view more examples of our work, visit our Portfolio page.